An accurate diagnosis is necessary for an effective treatment. Learn more about the different diagnostic equipment available in Germany here. 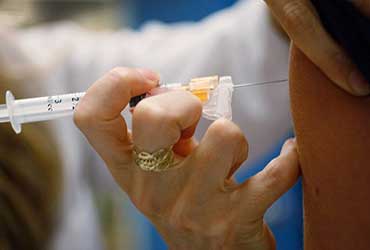 Scientists at Scripps Research Institute in La Jolla, California claim that a recently developed vaccine (called Diprovocim), when used in combination with other therapies, yielded an overwhelmingly positive response against melanoma as experimentally tested on mice. This successful trial may give new hope in the worldwide fight against skin cancer and other forms of aggressive, malignant tumors. Worldwide about one in every three cancer diagnoses is skin cancer.

All of the 24 lab mice were given an anti-cancer therapy, anti-PD-L1. The mice were equally divided into three groups: 1) cancer vaccine only, 2) cancer vaccine + Diprovocim, and 3) cancer vaccine + alum, another type of vaccination aide and chemical compound of aluminium potassium sulfate. All eight of the Diprovocim-injected mice survived 100% longer than all other test subjects.

This initial testing revealed that the mice subjects had a boost in the body’s natural immune system and were able to fight the aggressive melanoma cancer cells. “This co-therapy produced a complete response—a curative response—in the treatment of melanoma,” says Scripps Research Professor Dale Boger, PhD, who co-led the study with Nobel laureate Bruce Beutler, MD, of UT Southwestern in Dallas, Texas. In fact, when researchers rejected cancer cells, the mice seem to have a built-in defense system. The vaccine seems to have prompted the immune system to fight tumor cells if they return. If future testing shows similar results, it may mean preventing cancer recurrence.

One promising fact is that the injections did not require direct insertion to the tumor itself, which means added convenience if the immunotherapeutic drug is approved for patient use. Future patients could be instead injected intramuscularly usually in arm, hip, buttocks, or leg. Preliminary recommendations are to inoculate the patient with two doses given within 7 days from each other.

Boger and Beutler, who have a financial interest in the lab which developed Diprovocim, recently presented these findings in the Proceedings of the National Academy of Sciences. Looking to the future, the team at Scripps plans to conduct further pre-clinical testing with this vaccine prototype and examine how it performs in combination with other proven cancer therapies.

DISCLAIMER: The information contained on this website should not be used as a substitute for the advice of an appropriately qualified, licensed physician and/or other health care provider. The information (including text, graphics, images, newsletter and other such information) contained on or available through this website is provided for informational purposes only. Please check with a physician if you have health questions or concerns. Premier Healthcare Germany assumes no responsibility for the accuracy of information contained on or available through this web site, and such information is subject to change without notice. Although we attempt to provide accurate and up-to-date information, no guarantee is made to that effect.